Posted on February 25, 2014 by admin
The borough of Queens is home to the second largest population of Jewish elderly – many of whom are frail, homebound and live alone. Project Chaim was established in 2011 by the QJCC to fulfill our community’s moral obligation to these seniors who sacrificed so much to keep Kosher but who now in their twilight years are impoverished, living hand to mouth and are cared for by non-Jewish home attendants. By providing Kosher Meals on Wheels to currently 140 seniors, these individuals are assured a substantial nutritious meal that is truly life-sustaining. CenterLight Health System, formerly Beth Abraham Family of Health Services, is committed to improving the quality of Life for all New Yorkers in need. Upon hearing that Project Chaim’s vital work was threatened by lack of funds – Michael Fassler, CEO of CenterLight, took the initiative and bestowed the organization with a significant donation of $5000. Margaret Tietz Nursing and Rehabilitation Center, a member of CenterLight, served as the backdrop for CenterLight's beneficence as Mr. Fassler presented the check to Cynthia Zalisky of Project Chaim. Hopefully many others will follow Mr. Fassler’s lead as Project Chaim is in desperate straits and requires substantial funds to continue their operations. To help raise money for Project Chaim, the National Council of Young Israel, in conjunction with the QJCC, held a Pre-Purim Concert at Queens College this past Sunday. The event featuring Avrohom Fried, Michoel Pruzanzky and the New York Boys Choir was a smashing success. Photo Caption:Yoel Lichstein, Executive Director of Margaret Tietz, looks on as Cynthia Zalisky, Executive Director of QJCC, receives check from Michael Fassler, CEO of CenterLight Photo credit: Yaakov Katz Studios 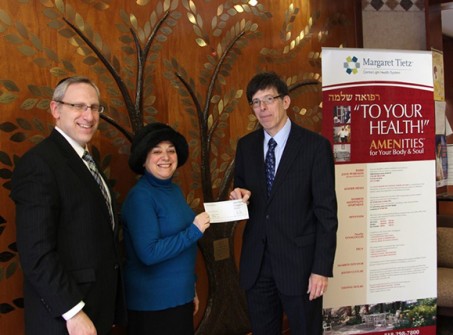 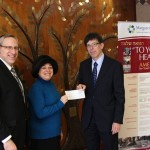 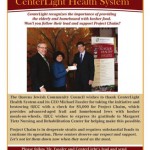 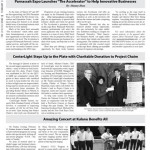 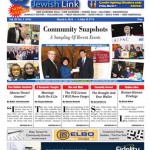 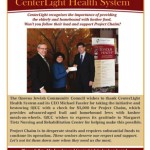 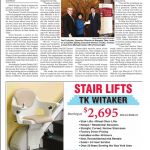 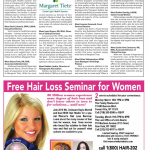 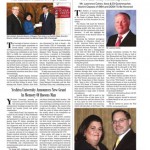